The Government has announced further details of the ‘Tax Free Childcare’ scheme, first announced in the March 2013 Budget and due to be launched in Autumn 2015. The current childcare tax reliefs - for workplace nurseries and for childcare vouchers - apply only to childcare provided, or partly paid for, by an employer. What is new about ‘Tax Free Childcare’ is that it will provide direct help with childcare costs, without involving the employer. Accordingly, it will be available without the co-operation of the employer, and to self-employed people on equal terms with employees. 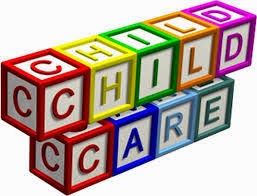 How will Tax Free Childcare work?

Shortly put, the concept is that the parent(s) will open a special account with National Savings & Investments. If there is more than one qualifying child in the family, a separate account may be opened for each. Children will qualify until their twelfth birthday, or until their seventeenth, if they are disabled. It is possible that the scheme will be phased in - applying first to nurseries and playschools for very young children, and then being extended to after-school clubs, etc, for older children.

The parent(s) may pay up to £8,000 a year into each account, and for every £8 paid in, the Government will add another £2, so the overall effect is identical to giving tax relief at 20%. The parent(s) will then use the money in the account to pay their childcare provider. All payments into and out of the account will be made electronically.

Will everyone be entitled to Tax Free Childcare?

Three groups will be excluded from the scheme:


Once Tax Free Childcare is launched, parents already receiving childcare vouchers from their employer will be able to choose either to continue doing so, or to claim Tax Free Childcare. But the voucher scheme will close to new entrants.

However employers will be able, if they wish, to continue to operate a workplace nursery and their subsidy to the nursery will continue to be disregarded for both income tax and National Insurance purposes.