The Chancellor’s Budget: what to expect

With Chancellor George Osborne preparing deliver his Budget Speech today at 12.30pm, the nation has been speculating on what announcements he might make. 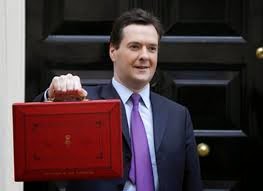 In advance of the Speech, there have already been a number of announcements about possible future changes, which are expected to be confirmed today.

Possible changes to the inheritance tax threshold and cash for pension annuities have been reported this week. The lifetime allowance on tax-free pension savings will reportedly be reduced from £1.25 million to £1 million, with the additional income to the Treasury being used to raise the tax free income tax allowance to even higher than already planned.

The Government has previously committed itself to a review of business rates, with corporation tax set to fall to 20%, and a number of measures likely to be put in place to aid the North Sea oil industry.

In the latest announcement, the national minimum wage (NMW) is set to increase by 20p per hour from October 2015. The rate for those aged 21 and over will be £6.70, while the rate for apprentices will be increased by 57p to £3.30 per hour.

Be sure to check our website after the Budget Speech for further updates on the major announcements.
Posted by Unknown at 11:09

Email ThisBlogThis!Share to TwitterShare to FacebookShare to Pinterest
Labels: Budget