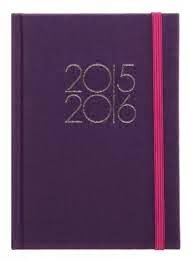 If you are a director or employee, this will be a year to pay particular attention to your PAYE code. The standard tax code for 2015/16 will be 1060L. This gives £10,600 tax free pay, so if your tax code is different, make sure you know why. As your tax adviser is no longer sent a copy of the notice of coding, if you think it may be wrong, let us know.

Two of many reasons why a tax code could be different from the standard 1060L are:

If you have a spouse or civil partner who is not a taxpayer, or who has savings income, the new ‘Marriage Allowance’ means that you may be able to save tax by transferring 10% of his or her personal allowance (£1,060) to the partner with the higher income.

There are two main conditions:


Some publicity has said that the lower income spouse must have income of under £10,600 a year for the Marriage Allowance to be ‘claimed’, but this is misleading. From 6 April 2015, the first £5,000 of savings income is taxed at 0%, so the lower income partner could have significant savings income and still not be a taxpayer. ‘Savings income’ includes bank and building society interest, but not dividends paid by PLCs or private companies.

The timescale for this allowance is not completely straightforward. Although there has been a lot of advance publicity about the allowance, the online system will probably launch about the time you receive this newsletter and it is unlikely to be fully functional before the summer.

HMRC has long had a power to collect money owing to it by changing PAYE tax codes. This can be a useful way of paying smaller tax bills, but from 6 April 2015, the limits increase. HMRC will be able to recover much larger debts through PAYE: up to £17,000 a year for those on incomes of £90,000 or over. Make sure you know what you owe HMRC and how you are paying it.

LOOKING AFTER THE CHILDREN

Most of us have got used to the topsy-turvy rules for Child Benefit and higher earners, where one member of a couple receives Child Benefit in full, and the other may have to pay part of it back to the Government through self-assessment, if earnings are over £50,000 a year. This is called the ‘High Income Child Benefit Charge’. It works like this:

Jean and Ken have one child. Jean is the main carer and gets child benefit of £20.50 a week (in 2014/15). Ken earns just over £52,000 a year and has to pay back £213 of the Child Benefit through self assessment. But it is still possible for the detailed rules to catch people out.

Are you missing out?

The basic principles are clear enough. Where a single parent, or a member of a couple, has income of over £50,000 a year, there will be a High Income Child Benefit Charge.

The charge is 1% of the Child Benefit due, for every £100 of income over £50,000. This means, mathematically, that all the Child Benefit will have been clawed back where income reaches £60,000. In consequence, where earnings are over £60,000 a year, it simplifies the administration if the person entitled to the Child Benefit (who may not be the higher earner of the couple), makes an election to forgo the Child Benefit.

But now for the surprises. Income here means ‘adjusted net income’. This is a technical term meaning that you deduct the gross equivalent of pension contributions which have received basic rate tax relief at source, and Gift Aid payments. So if the ‘high earner’ makes significant pension contributions or Gift Aid payments during the year, you may find that you have a net Child Benefit entitlement after all.

If this happens, you are allowed to restart your Child Benefit claim, but the high earner will now be liable to pay the Child Benefit charge through self assessment. You can ‘change your mind’ within two years of the end of the tax year in which you would have been entitled to Child Benefit. Unfortunately, if you delay, this could mean changes to your self assessment return and possible interest and late payment penalties.

Who pays the piper?

Another hazard for couples is where both members of the couple earn close to the £50,000 or £60,000 limits. It may seem like a technicality, but HMRC doesn’t just want the money, it wants the money from the right person.

For example Jack and Jill have two children. Their Child Benefit entitlement in 2014/15 is £20.50 a week for the elder child and £13.55 a week for the younger child (£1,770.60 a year in total). Jack paid the High Income Child Benefit Charge in 2013/14. In 2014/15, Jill earns £52,000 as an employee and is not registered for self assessment. Jack is self-employed. He usually earns about £55,000 a year, but in 2014/15 he invested in a new computer system for the business and his taxable profit falls to £51,000. As Jill is the higher earner for 2014/15, she will need to register for self assessment (before 5 October 2015) and pay the High Income Child Benefit Charge by 31 January 2016. The rules apply to all couples whether married, civil partners, or simply living together. Exceptionally, the High Income Child Benefit Charge can even apply where the child is living with someone else, but you are supporting them and claiming Child Benefit. All in all, whoever is looking after the children, if someone is claiming Child Benefit and you are connected with that person, it’s time to talk to your tax adviser.

In a world where there are penalties for everything, people can be tempted to try and beat the system. Some employers have attempted to avoid late filing penalties for PAYE RTI returns by all sorts of ruses: asking for employee hours earlier in the month; carrying overtime forward to the next month; or otherwise using approximate figures. Figures tweaked like this can lead to inaccuracies in the payroll, increased National Insurance costs and lower benefit entitlement for some lower paid workers. Remember:

It is possible to send an Earlier Period Update without incurring a penalty. Paying a worker for fewer hours than they actually worked one month, and adding the hours onto the following month, could mean that the employee is paid below the Lower Earnings Limit one month and so misses out on National Insurance credits. It also means that the National Insurance cost in the following month will be higher than if earnings had been spread evenly. Tweaking the figures is inadvisable and can have a sting in the tail

HAVE YOU BEEN TURNED INTO AN INTERMEDIARY ?

After the dust has settled on the Government consultation, new rules are here for ‘employment intermediaries’, and you may unwittingly, be one. Owner-managed businesses which are run as limited companies or as partnerships can be affected. This is because the rules now treat anyone who is a link in the chain between an ‘end user client’ and a worker as an ‘intermediary’. If your business structure involves an ‘employment intermediary’, there are two sets of rules to watch out for:


As we have come to expect, there are penalties for failure to make returns, or to apply PAYE as required.

This newsletter deals with a number of topics which, it is hoped, will be of general interest to clients. However, in the space available it is impossible to mention all the points which may be relevant in individual cases, so please contact us for personal advice on your own affairs.

The reporting rules apply from 6 April 2015. The rules are complex, so it is worth taking advice if you think the rules could apply to you. The reporting rules require you to make returns to HMRC if you are an ‘employment intermediary’ as described above and you supply more than one worker to an end client. How this works is best seen by looking at two examples:

How you could be taxed as an employee

On the other hand, if William provides holiday cover as head chef, he might not be subject to ‘supervision, direction or control’. In this case, earnings from ‘The Bruce and Spider’ would be partnership income of ‘Haggis and Neeps’. The dividing line can be very fine, and the consequences of getting it wrong could be substantial.

Malcolm trades via his own limited company, Malcolm IV Ltd. He supplies his services to Daylight Holdings plc. He is not subject to ‘supervision, direction or control’.

In May 2015, David joins the team at Malcolm IV Ltd, and assists on the contract with Daylight Holdings plc. As Malcolm IV Ltd now supplies two workers, it needs to consider the new reporting requirements.

If you work through your own partnership, such as a farming partnership carrying out contract work for other farms, the reporting rules could also apply.

There are exceptions to these rules, but these are narrowly drawn. As the PAYE deductions and reporting requirements apply now, this cannot wait until your usual year end accounts.

As so much depends on the detail of the arrangement, we would recommend that anyone concerned about these issues gets in touch.
Posted by Unknown at 15:35

Email ThisBlogThis!Share to TwitterShare to FacebookShare to Pinterest
Labels: Planning